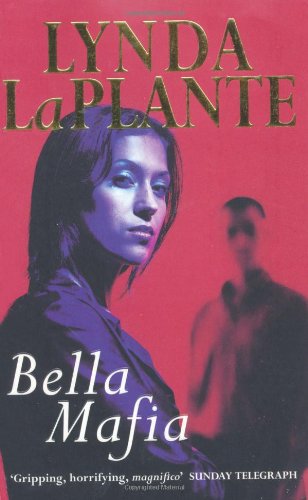 Don Roberto Luciano, boss of the Sicilian Mafia, agrees to be chief witness in the trial of Paul Carolla, who murdered Luciano's firstborn son, Michael, 20 years ago. Despite round-the-clock protection, all the Luciano men are killed the night before a family wedding. The don's wife, Graziella, holds together what's left of the family–daughters-in-law Theresa and Sophia, and Theresa's daughter Rosa–while instructing their lawyer to sell off business holdings. Eventually the women become involved in the business themselves, trying to recover money that's disappeared into Carolla's hands. Following a courtroom shootout, Carolla's adopted son Luka, using his knowledge of organization politics and his mastery of murder, becomes the women's partner and protector. Once the Luciano women discover Luka's secret, however, they implacably take revenge in the ruthless manner of their age-old code, and the strongest of them becomes the new head of the family, the bella mafiosa.

Lynda La Plante, CBE is an English author, screenwriter and former actress, best known for writing the Prime Suspect television crime series. She has been made Commander of the Order of the British Empire, an Honorary Fellow with the Forensic Science Society (FSSoc), an Honorary Fellow from Liverpool John Moores University, and also became an honorary member of the British Film Institute. She has also received many awards over the course of her career. The British Academy of Film and Television Arts (BAFTA) gave her the Dennis Potter Writers Award. La Plante also received the Edgar Allan Poe Writers' Award and an Emmy Award for Best Mini Series: Prime Suspect. She is the author of Royal Flush, Cold Shoulder and Cold Blood.