Items related to Or the Bull Kills You

Webster, Jason Or the Bull Kills You

Or the Bull Kills You 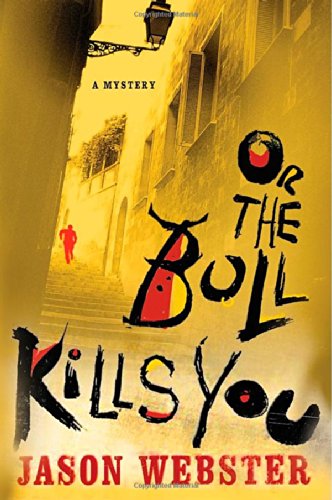 An accomplished debut mystery set in the high-stakes and decidedly murky world of bullfighting in Valencia, Spain

"Either you kill the bull, or the bull kills you." Chief Inspector Max Cámara thinks in proverbs,and he hates one thing above all: bullfighting. One hot afternoon in Valencia, however, he has to stand in for his boss, judging a festival corrida starring Spain's most famous young matador. That night, he is back in the bullring, and what he finds on the blood-stained sand shocks the city of Valencia to its core. Cámara is roped into investigating a grisly murder while dealing with violent shadows from his own past, as well as confronting the suspiciousness of the bullfighting community and the stonewalling of local politicians in full electoral campaign. To top it all, Fallas, the loudest fiesta in the country, has just got underway. For Cámara, it seems his problems have only just begun...

"Sexual politics, male identity, clan loyalties, and the experience and lore of bullfighting: the novel is full of interesting material" (TLS)

"An American author, brought up in England, writes about bullfighting in Spain. Festive Valencia is his chosen city and the murder of a charismatic matador the centre of the plot. Jason Webster is pretty ambiguous about the morals of the fight, but knows his stuff" (Country Life)

"One of the most attractive figures to enter recent detective fiction ... Like the best detective stories, this book becomes a scrutiny of our most powerful drives and secrets" (The Independent)

"The first in a projected series, which is very good news indeed ... nifty plotting, great descriptions and the most enchanting new detective I've come across in a good while." (The Guardian)

1. Or The Bull Kills You: Signed

2. Or the Bull Kills You

3. Or the Bull Kills You

4. Or the Bull Kills You Webster, Jason

5. Or the Bull Kills You