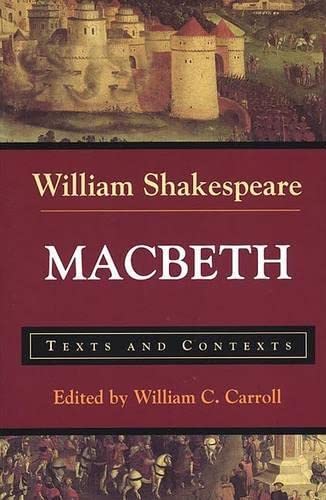 This edition of the Shakespeare play, Macbeth features the Bevington edition along with an extenstive array of primary documents offering a richly textured understanding of early modern culture and Shakespeare's work within that culture.

'Macbeth' is a tragedy, one of eleven that Shakespeare wrote. Like other tragedies, this one centers on a prominent person who after a significant struggle, suffers defeat. In this defeat the person achieves heroic stature. 'Macbeth' has been a favorite of readers, theatre-goers, and actors for almost four hundred years and is considered one of the best of Shakespeare's plays.