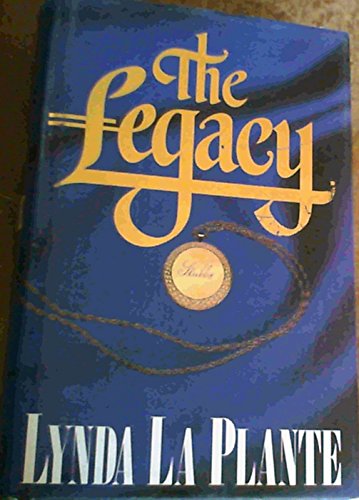 A novel concerned with human greed, lust and ambition, tells of a Welsh miner's daughter who marries a Romany gypsy boxer contending for the World Heavyweight Championship and of how a legacy left to her affects her family.

Book Description Hardback. Condition: Very Good. The book has been read, but is in excellent condition. Pages are intact and not marred by notes or highlighting. The spine remains undamaged. Seller Inventory # GOR001487667

Book Description Sidgwick and Jackson Ltd, 1987. Hardcover. Condition: Used; Good. **Simply Brit** Shipped with Premium postal service within 24 hours from the UK with impressive delivery time. We have dispatched from our book depository; items of good condition to over ten million satisfied customers worldwide. We are committed to providing you with reliable and efficient service at all times. Seller Inventory # mon0001670537

Book Description Sidgwick & Jackson, 1987. Hardcover. Condition: Very Good. Dust Jacket Condition: Very Good. 1st Edition. First edition, first impression of Lynda La Plante's The Legacy. This book is in very good condition. The blue boards show minor bumping to the edges. The gilt titling on the spine is bright. The pages are clean and the binding is tight, though the binding has separated from the spine at the top. See image. A previous owner has written a personal dedication on the ffep. The dust jacket is in very good condition, with some bumping to the edges ans rubbing to the corners. The dust jacket is unclipped. Please note that this is a heavy book weighing nearly 1.5Kg. I will endeavour to send this, plus packing, at less than 2kg, but if the packing takes the final weight over 2Kg, this will impact final cost, and we would need to agree the extra postage before completion of sale. Seller Inventory # 0061