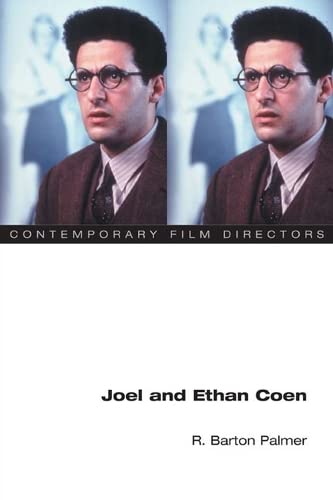 A postmodern analysis of the Coen brothers' approach to filmmaking

"There is as yet only one book length analysis of any note [about the Coen Brothers] by a film scholar: R. Barton Palrmer's Joel and Ethan Coen (2004). . . . This is a book for those who have already made the acquaintance of the Coens through their films and are now ready to think about their work seriously."--Film International

With landmark films such as Fargo, O Brother Where art Thou?, Blood Simple, and Raising Arizona, the Coen brothers have achieved both critical and commercial success. Proving the existence of a viable market for "small" films that are also intellectually rewarding, their work has exploded generic conventions amid rich webs of trans-textural references. In Joel and Ethan Coen, R. Barton Palmer argues that the Coen oeuvre also forms a central element in what might be called postmodernist filmmaking. Mixing high and low cultural sources and blurring genres like noir and comedy, the use of pastiche and anti-realist elements in films such as The Hudsucker Proxy and Barton Fink clearly fit the postmodernist paradigm. Palmer argues that for a full understanding of the Coen brothers unique position within film culture, it is important to see how they have developed a new type of text within general postmodernist practice that Palmer terms commercial/independent. Analyzing their substantial body of work from this "generic" framework is the central focus on this book.