Items related to Birds in the Ancient World: Winged Words 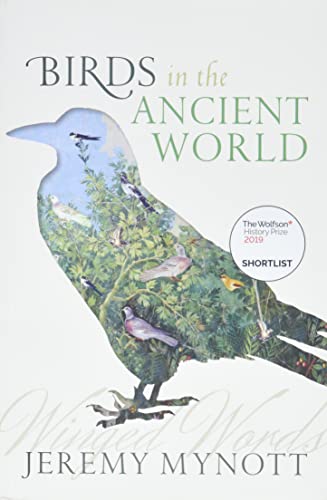 1. Birds In The Ancient World

Book Description Oxford University Press, United Kingdom, 2020. Paperback. Condition: New. Language: English. Brand new Book. Birds pervaded the ancient world. They impressed their physical presence on the daily experience and imaginations of ordinary people in town and country alike, and figured prominently in literature and art. They also provided a fertile source of symbols and stories in their myths and folklore, and were central to the ancient rituals of augury and divination. Jeremy Mynott's Birds in the Ancient World: Winged Words brings together all this rich andfascinating material for the modern ing quotations from well over a hundred classical Greek and Roman authors, all of them translated freshly into English, and nearly a hundred illustrations from ancient wall-paintings, pottery, and mosaics, Birds in the Ancient World illustrates the many different roles birds played in popular culture: as indicators of time, weather, and the seasons; as a resource for hunting, eating, medicine, and farming; as domestic pets and entertainments; and as omens and intermediaries betweenthe gods and humankind. There are also selections from early scientific writings about birds, as well as many anecdotes and descriptions from works of history, geography, and travel.Jeremy Mynott acts as a stimulating guide to this varied material, using birds as a prism through which to explore both the similarities and the often surprising differences between ancient conceptions of the natural world and our own. His book is an original contribution to the flourishing interest in the cultural history of birds and to our understanding of the ancient cultures in which birds played such a prominent part. Seller Inventory # AAC9780198853114