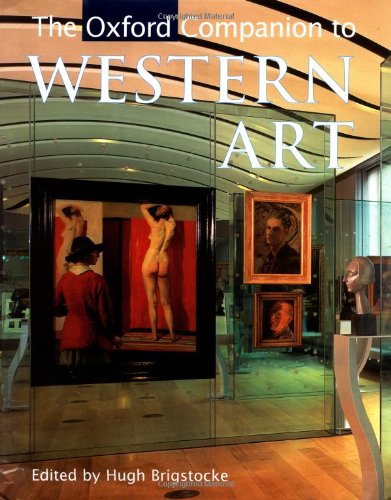 This work replaces Harold Osborne's Oxford Companion to Art (1970), which has been continuously in print for thirty years. Though originally commissioned as a new edition of Osborne's book, it is effectively a completely new work, planned and written afresh for new generations of art lovers. Apart from a handful of classic articles by Harold Osborne mainly on aesthetics, and a few others which needed only minor change, the text is entirely new. Unlike Osborne, it focuses on Western art rather than the whole of world art, concentrating primarily on painting, sculpture, and the graphic arts, leaving architecture to be covered separately. With not only a tighter focus but also a greater extent than Osborne's, the new Companion offers far deeper coverage of the subject than previously; it includes many more artists and their works, and also pays proper attention to new topics of interest focused on patronage, taste, theory and criticism, materials and techniques, and the new art history. There are over 2600 entries, alphabetically arranged. Almost half of them cover artists, from classical times to the twentieth century. Other entries discuss art styles and movements, art forms (such as battle painting, landscape, caricature, or stained glass), specialist terms, and materials and techniques in all media. There is strong emphasis on location as a focus for art: not only are there regional and cultural surveys, but also entries on specific places of importance such as Paris or Urbino; and, in addition, entries on museums and galleries are arranged under the their city headword so that the reader can easily survey the major sites within a particular locality, such as New York, Boston, or Madrid. Patronage receives imaginative treatment: here, rather than focusing on a limited number of individual patrons, the Companion has entries on towns and cities as centres of patronage and collecting - such as Nuremberg, Dresden, or Prague. In addition, there is a novel series of entries on the critical fortunes of the art of the major European countries, covering, for example, patronage and collecting of Italian art in France, Spain, Britain, Germany and Central Europe, the USA, and in Italy itself. A further category of entry covers topics in the theory of art, such as iconography, perspective, and synaesthesia; and there is wide-ranging coverage too of art scholarship and criticism from Aristotle and Pausanius to Sartre, Panofsky, and Michel Foucault. All this is supplemented by entries on general topics as varied as reproduction, anatomy, guilds and confraternities, frames, and the conservation and restoration of paintings and sculpture. This is a work for everyone who loves art, whether actively engaged in the subject professionally or as one of the countless amateurs visting sites and cities, galleries, and exhibitions, churches, libraries, country houses, and palaces in pursuit of beauty and cultural enrichment.

The Oxford Companion to Western Art is an immensely impressive and exhaustive reference guide to Western art, from Abstract Art to Emile Zola. It contains over 2,600 entries, including detailed information on over 1,700 artists from the classical period to the late 20th century, as well as 49 special feature articles on topics such as Colour, Perspective, and Drawing, plus key movements such as Renaissance and Cubism. The editor, Hugh Brigstocke and his team of over a hundred internationally renowned art historians, have radically overhauled Harold Osborne's Oxford Companion to Art, first published in 1970. Brigstocke has focused specifically on Western art, covering painting, sculpture, and the graphic arts produced by "all cultures speaking a European language". Architecture and non-Western art are not included, which allows for greater scope on newer subjects. The Companion is aimed at those who would like to "look for biographical details about artists and to need contextual information on patronage, collecting, and changing aspects of taste". The entries are detailed but accessible, and supplemented by 48 pages of colour illustrations (although for a book of this scope more pictures would have been helpful). Particularly valuable are the more indefinable entries on major cities, museums, and movements, and the incorporation of new developments within art history, such as expanded entries on patronage, collecting, medieval illuminations, Baroque art, and more recent developments within modern art. Both its scholarship and presentation will ensure that The Oxford Companion to Western Art will be an indispensable reference book on Western art for many years to come. --Jerry Brotton

1. The Oxford Companion to Western Art

2. The Oxford Companion to Western Art