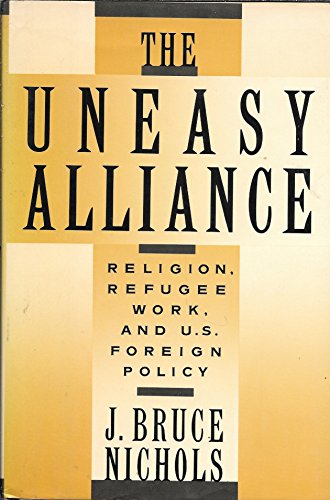 The constitutional separation of church and state in the USA remains the subject of heated controversy, and has given rise to numerous equally controversial judicial rulings. Very little attention, however, has been paid to the ways in which the government interacts with the American- based religious institutions overseas, with national security and foreign policy considerations often overwhelming humanitarian concerns. In this book, which begins with an historical overview, the author looks closely at three politically explosive refugee situations: Honduras, Thailand, and the Sudan. He concludes that increasing political and moral disagreement between the government and the religious community now threatens the American tradition of worldwide humanitarian assistance.

About the Author: J. Bruce Nichols is Director of Education/Studies in Ethics and Foreign Policy at the Carnegie Council on Ethics and International Affairs, in New York City. Previously he traveled extensively to Latin America and Asia in his work for the Philadelphia-based Partnership in Mission.