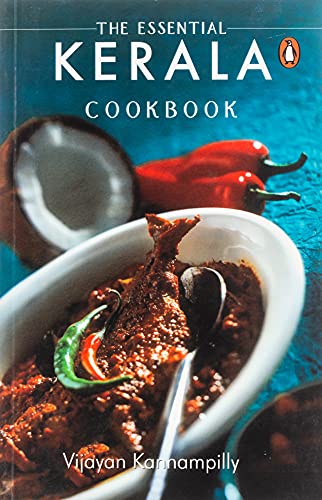 God's Own Country is known for many things, and best of all is its unique cuisine. Mixing coconut oil and spices in a way subtle enough to seduce the taste buds and make one's dance hasn't been enough for the Malayalis, as their culinery techniques have reached cult status. In this book, Vijayan Kannampilly ventures to show readers from the world over how Kerala manages to wow food connoisseurs time and again with its cooking. He shows how to make Kerala's famous mango curry with curd and coconut, and how to leave one's guests with smacking lips as one masters his Tapioca potage. He also reveals the secrets to making a stir-fried banana flower with coconut, how best to serve deep-fried meat of all types, and the maverick spiced chicken curry which is the test of Travancore Kitchens everywhere. From the duck curry to Prawns with potato and coconut and stir-fried crab with coconut, learn how to wow anyone lucky enough to sit at your table armed with an array of recipes taken from God's Own Country itself.

In recent times, the coconut-flavoured cuisine of the Malayalis has gained immense popularity. Appam and Istoo, Avial and Olan, Irachi Biryani and Pathiri, all these and more are now served in restaurants and homes all over India. In this collection, the author hilights recipes that are considered to be specialities of dofferent regions and communities of the state, from the typical vegetarian hindu dishes of Palakkad to the syrian christian delicacies of Tranvancore.

Vijayan Kannampilly is an Indian artist, writer and food critic from Cochin. He has been working as a journalist for over 30 years.