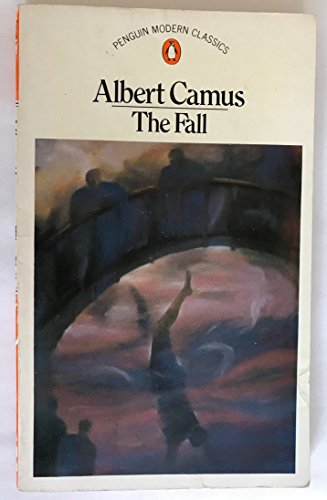 Edition Penguin Books Ltd. (in association with Hamis Hamilton Publishers), reprint 1971. ISBN: 0-14-00-1762-3. Just tanning to paper edges. Other than that, the unread book remains in very good condition throughout. Text all clean, neat and tight. Prompt dispatch from UK.

French novelist, essayist, and playwright. Albert Camus (1913-1960) was a representative of non-metropolitan French literature. His origin in Algeria and his experiences there in the thirties were dominating influences in his thought and work. Among his works, The Plague (1947), The Just (1949) The Fall (1956). He was killed in a road accident in 1960. His last novel, The First Man, unfinished at the time of his death, appeared for the first time in 1994.

Book Description Paperback. Condition: Good. A slight tan to page edges Good condition is defined as: a copy that has been read but remains in clean condition. All of the pages are intact and the cover is intact and the spine may show signs of wear. The book may have minor markings which are not specifically mentioned. Most items will be dispatched the same or the next working day. Seller Inventory # wbb0017419680

Book Description Condition: Good. Ships from the UK. Shows some signs of wear, and may have some markings on the inside. Seller Inventory # 4321298-6

Book Description Condition: Very Good. This book is in very good condition and will be shipped within 24 hours of ordering. The cover may have some limited signs of wear but the pages are clean, intact and the spine remains undamaged. This book has clearly been well maintained and looked after thus far. Money back guarantee if you are not satisfied. See all our books here, order more than 1 book and get discounted shipping. . Seller Inventory # 7719-9780140017625

Book Description Condition: Very Good. Shipped within 24 hours from our UK warehouse. Clean, undamaged book with no damage to pages and minimal wear to the cover. Spine still tight, in very good condition. Remember if you are not happy, you are covered by our 100% money back guarantee. Seller Inventory # 6545-9780140017625

Book Description Jul 30, 1970. Condition: Collectible; Very Good. "Light wear to spine, covers and corners" Quantity Available: 1. Shipped Weight: Under 1 kilogram. Category: UNFORTUNATELY DUE TO BREXIT WE ARE NOT ABLE TO ACCEPT EU ORDERS UNTIL 1 JULY 2021. AFTER THIS WE HOPE TO BE ABLE TO SERVE OUR EU CUSTOMERS AGAIN. WE APOLOGISE FOR THE INCONVENIENCE.; ISBN: 0140017623. ISBN/EAN: 9780140017625. Pictures of this item not already displayed here available upon request. Inventory No: 034151. Seller Inventory # 034151

Book Description Paperback. Condition: Very Good. The book has been read, but is in excellent condition. Pages are intact and not marred by notes or highlighting. The spine remains undamaged. Seller Inventory # GOR001212320