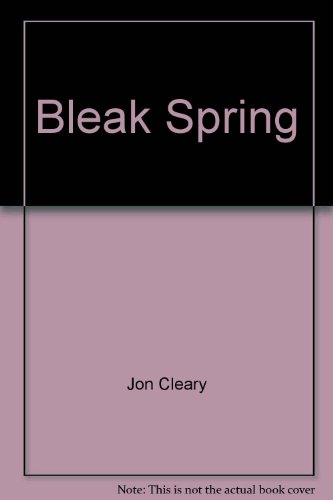 Scobie and Lisa Malone had never felt entirely easy in the company of Will and Olive Rockne, but since they bumped into them regularly at the school, and young Claire Malone had begun a shy romance with Jason Rockne, they maintained a polite relationship. Then Will Rockne is shot dead in his car.

Jon Cleary has been writing for sixty years. His novels have received world-wide acclaim and sold over 8 million copies. The author of fifty novels, including the famous SUNDOWNERS, his most recent stories have featured likeable family man Detective Scobie Malone. In 1995 he was awarded the Inaugural Ned Kelly Award for his lifetime contribution to crime fiction in Australia.

Book Description Paperback. Condition: Good. The book has been read but remains in clean condition. All pages are intact and the cover is intact. Some minor wear to the spine. Seller Inventory # GOR002260409

Book Description Paperback. Condition: Very Good. The book has been read, but is in excellent condition. Pages are intact and not marred by notes or highlighting. The spine remains undamaged. Seller Inventory # GOR003463216