Items related to The 1619 Project-Part 2 The History of Slavic Slave...

The 1619 Project-Part 2 The History of Slavic Slave Business 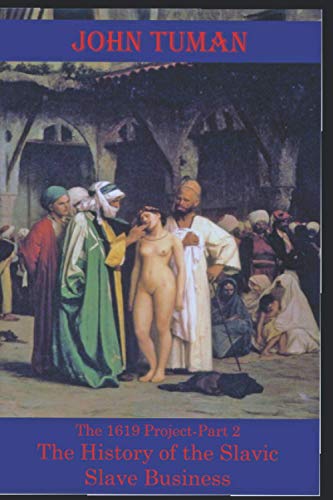 1. The 1619 Project-Part 2 The History of Slavic Slave Business

2. The 1619 Project-Part 2 The History of Slavic Slave Business (Paperback)

Book Description Independently Published, United States, 2020. Paperback. Condition: New. Language: English. Brand new Book. The stated goal of The New York Times 1619 Project is to reframe American history by considering what it would mean to regard 1619 as our nation's birth year; that is, the year that black African slaves were first brought to the shores of America. The Times project makes it clear that it was white Christian men who perpetuated and profited from slavery. However, The New York Times project makes no mention of Jewish involvement and promotion of slavery in the antebellum South before and during the Civil War. Nor does the Times address any other aspect of the history of slavery. However, for hundreds of years across the Polish-Lithuanian Commonwealth, the Crimean Tatar Peninsula, and the Ottoman Empire, there existed an older, larger, and more brutal slavery than the African slave trade to America. The victims of this long and horrific slave business were white Christian Slavic men, women, and children. In the past decade, scholars have researched the archives of the former Soviet Union and the Ottoman Empire to develop a more comprehensive understanding of the history of the Slavic slave trade. This history needs to be understood, remembered, and presented forcefully, clearly, and honestly to inform and educate the American public. Seller Inventory # APC9798685461971