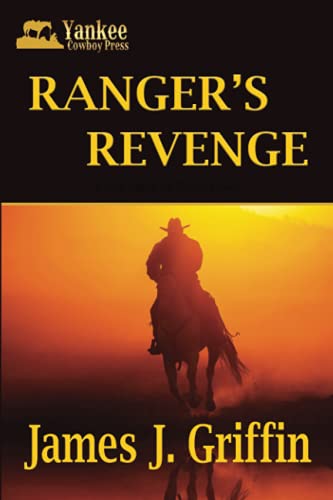 Book Description Paperback. Condition: New. Language: English. Brand new Book. James J. Griffin brings back Texas Ranger Jim Blawcyzk in this book. Blawcyzk isn't really working for the Texas Rangers this time, though. In fact, he winds up on the wrong side of the law with the Rangers after him for part of the book, because he takes off his badge and goes off on his own after the gang that attacked and possibly murdered his wife and son. As a result, Ranger's Revenge is a little grittier than Griffin's earlier books, but it has the same fine action scenes, interesting settings, and welcome touches of humor. ReviewsTough, gritty, poignant, and packed with action and emotion, Ranger's Revenge is James J. Griffin's best novel so far. The return of Texas Ranger Jim Blawcyzk is always welcome and he's in top form in this yarn that finds him tracking down the outlaws who attacked his family. Highly recommended for Western Fans and anyone who enjoys an exciting, well written story. -James Reasoner, Author of the Wind River series, and numerous others. Once again Jim Griffin has spun a tale of action and valor that will keep you riveted until the last word is read. Another true adventure of Ranger lore that gets better with each book -Texas Ranger Sergeant Jim Huggins of Company F Jim Griffin knows his stuff when it comes to the Texas Rangers. Ranger's Revenge is the best Jim Blawcyzk tale yet. -Lee Pierce, Author of Rough Justice. Seller Inventory # AAV9798468563304