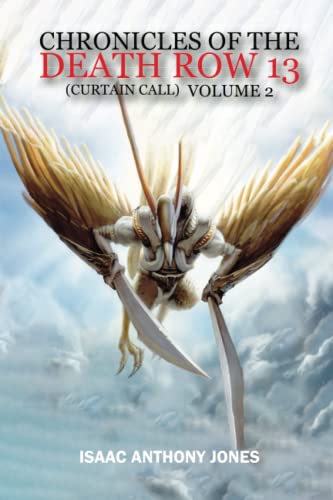 Book Description Paperback. Condition: New. Language: English. Brand new Book. With the adventure underway, it would seem that friendships had been made and bonds have been strengthened. Now after so many days of wandering and trying to figure out what they were going to do with their lives, it would seem the wedding is on hold and it's time for more adventures. Or at least that's what they would want to say, for Elliot "Demisha" King is without his brother in crime; the hell hound Cerberus, and now has a greater and more terrifying power that he can't even control. Having the ability to become a guardian envoy known only as a garuda, not only that he is now plagued by a past that he has no understanding of yet it feels so familiar to him. But hopefully, with the help of Minkarosh the goddess of chaos, who is now nothing but a mortal due to her father taking her power, he might be able to get not only a grasp of who he really is but also the truth of his relationships with the Titaness of Heaven, the Titaness of Hell and The Titan of reality. Each one gives a brand-new outlook, and it will be to him to make the call on whether he can even trust these visions.Yet Elliot isn't the only one who is dealing with the demons of a long-forgotten past, Angel who still doesn't trust the goddess has been re-awakened to her scynful and darker mindset, and feels urges that she had long forgotten. Now struggling with her identity and her place in the holy diamond, she might end up becoming more of an issue than she originally desired. Would they trust her, and will she revert back to what she once was before being taken in by the rulers of Kyrusha. Add that with a hyperactive sky serpentine, a resurrection plot being put into full swing, and trying to keep tabs on both realms and discovering truths about beings and roles that they were never meant to know. And the question of how long and what they must be done, to not only get back to their own realm of Strata, while staying alive but what will await them when they return, becomes somewhat of a small glimmer in the rear-view mirror. Seller Inventory # AAV9798426201347