Items related to Scribbles from the Same Island

Scribbles from the Same Island 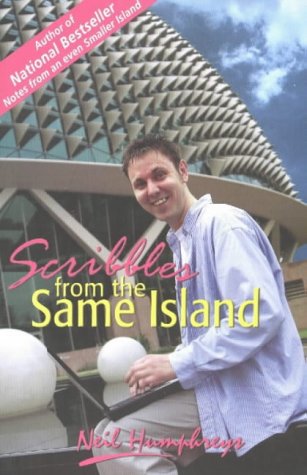 Neil Humphreys is back with more 'Scribbles from the Same Island'. He is not rich, doesn't own an apartment, and doesn't have many expatriate privileges, but nonetheless manages to remain the same funny bloke happily living in the small estate of Toa Payoh in Singapore. One year after his best-selling, 'Notes From An Even Smaller Island' had the whole of Singapore laughing helplessly, Neil Humphreys is still madly in love with his humble but stimulating existence on the sunny island of Singapore. So much, in fact, that he now makes a living poking gentle fun at every oddball aspect of Singaporean life. Expect to find more of his take on SPG, sex, doctors, toilets...all seemingly innocuous subjects but made hilarious through his witty observations. Romance campaigns? Public transport system? Nothing is safe from Neil's humorous scrutiny. Not even the unsuspecting creatures at the zoo, and certainly not the bawdy nightlife at Geylang.

1. SCRIBBLES FROM THE SAME ISLAND