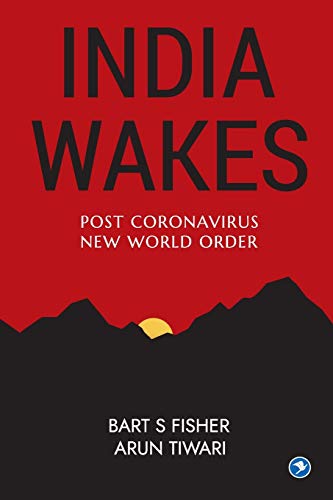 Book Description Paperback. Condition: New. Language: English. Brand new Book. The world into which India wakes is a nightmare decimated by a global recession, caused by the coronavirus pandemic originating in China and engulfing most of the world. Was the coronavirus a Black Swan event turned into an opportunity by China to dominate the world? Would the trust deficit heightened by China's ambushing Indian soldiers become a snowball or fade away? Has the US$ 5 trillion Indian economy dream become a mirage already? What all would fall into the fault lines of socio-economic inequality?Will there be a new Cold War between the United States and China, and if there is one, how can India avoid becoming collateral damage? Is it possible that the United States, India, and China build a new world order based on mutual needs and interests, or is a hegemon power already on the prowl? Anchored in hope, rather than adding to anxiety, and seeing present times as a teachable moment of human history, the book recalls the past and contextualizes it for the next politico-economic shift that is currently unfolding in the world. Every nation must find its bearing and position itself in the matrix of a de-globalized world.The authors are considered good readers of their times. They have in common firsthand experience of traveling in China extensively and seeing things there from close quarters over a long period of time. They have come together to write this book at a time when the tattered cloth of globalization is displaying quite a bit of nakedness of the socio-economic inequality that it has created. It is foolish to imagine a world without war, but the future wars will use space, cyberspace, and trade as weapons and finance as ammunition. Nor can we rule out the use of biological warfare as another technique for obtaining global influence after the coronavirus pandemic. The future world order will rest on who will be ahead in developing Artificial Intelligence, robotic weapons, and products based on converging Bio-Nano-information technologies and cognitive sciences. The book takes the reader inside the deep rabbit hole of a wonderland where strange creatures will speak to Alice if the corollary to the inevitable decoupling of the U.S. and China could be the Indo-U.S. tango. Of course, both the United States and India being vibrant, dramatic, and acrimonious democracies, the deal would be complex, involving interesting bargains, collaterals, and freebies, and it may even work out. The book introduces to the readers, particularly Indians, a glimpse of the great nation building of the United States of America. Divided into five parts of five chapters each, the book offers a broad picture of the ongoing upheaval as it has been seen happening by the authors and tries to connect the dots floating in the realm of possibilities. The rise of China is a great phenomenon, and Chinese leaders and the people did something unprecedented in the history of the world in bringing about this meteoric rise. New India has already launched itself out of regional isolation into the geo-politics and global economic orders. The trajectory of New India is not yet clear. This book also presents the possible danger of the United States and China becoming adversaries in a new Cold War and advocates a balanced role by India to avoid such a catastrophe. With more than four billion people on earth still living in poverty, humanity needs progress and cooperation and not destruction and conflict. Calling the present chaotic times, a "Teachable Moment" in the history of the world, this book examines New India making a possible triad with the United States and China to make planet earth more livable. Seller Inventory # AAV9789389834246