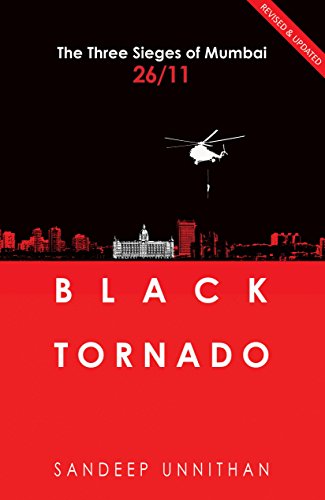 26 November 2008. Ten highly motivated and trained terrorists, armed with guns, grenades and improvised explosive devices, slip past coastal security cordons on India's western seacoast in a fishing trawler. They board a rubber dinghy and disembark at Machhimar Nagar, Colaba, Mumbai. Over the next three agonizing days, India's 'Maximum City' is brought to its knees as the fidayeen wreak unprecedented havoc at pre-selected landmarks, holding India's commercial capital hostage. The 26/11 attacks, as they are now known, is widely regarded as the world's first hybrid terrorist attack. The attackers achieved through this long-drawn siege what Al Qaeda did through the high-visibility mass-casualty attack of 11 September 2001. The response to this attack was the first instance of all three wings of the Indian armed forces coming together to fight terror. The attacks tested the mettle of India's elite counter-terrorist force, the National Security Guard, whose strike element was entirely made up of army personnel; the navy dispatched its marine commandos in the initial hours of the attack; the air force flew the NSG into the city and air-dropped them over Nariman House. Black Tornado, as the operation was called by the NSG, is the story of these men called into action in the desperate hours following the most sensational terrorist attack the country has ever seen. Sandeep Unnithan puts together a blow-by-blow account of the terrorist strike and how the siege of Mumbai was thwarted by India's security forces.

Good book but written as a documentary. The human factor seems missing at times and seems to underplay the courage and grit of the commandos who fought the attack. The author was clearly unable to understand the difficulties faced and overcome and took the easy way out of narrating impersonally. A plus, for all the inside details on the ops. Some contradictions. Portrays the Marcos as merely chasing after the terrorists but not engaging them. But when the NSG comes, they hear MP-5s firing. Otherwise a good book. --Mark Twain -

Well researched and put together. Worth your time for a read. The analysis in the last chapter proffered by the author raises very many questions. Its a shame our politicians would never read that. --Krishna Venkat

The book gives a very detailed account of the actual operation. --Great book

Sandeep Unnithan is currently Deputy Editor with India Today magazine in New Delhi where he writes on security related issues. He hails from Mumbai and has a Bachelor of Arts in Ancient Indian Culture from St Xavier's college.