Items related to Treatise on Basic Philosophy: Semantics I: Sense and...

Treatise on Basic Philosophy: Semantics I: Sense and Reference: v. 1 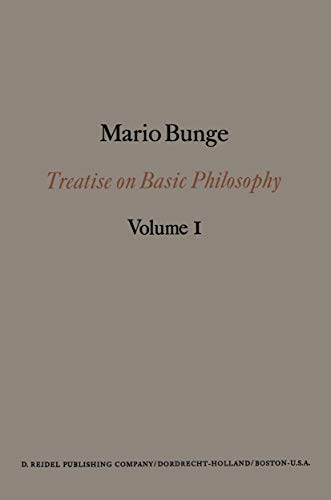 In this Introduction we shall sketch a profile of our field of inquiry. This is necessary because semantics is too often mistaken for lexicography and therefore dismissed as trivial, while at other times it is disparaged for being concerned with reputedly shady characters such as meaning and allegedly defunct ones like truth. Moreover our special concern, the semantics of science, is a newcomer - at least as a systematic body - and therefore in need of an introduction. l. GOAL Semantics is the field of inquiry centrally concerned with meaning and truth. It can be empirical or nonempirical. When brought to bear on concrete objects, such as a community of speakers, semantics seeks to answer problems concerning certain linguistic facts - such as disclosing the interpretation code inherent in the language or explaning the speakers' ability or inability to utter and understand new sentences ofthe language. This kind of semantics will then be both theoretical and experimental: it will be a branch of what used to be called 'behavioral science'.

Treatise on Basic Philosophy Semantics I: Sense and Reference

Treatise on Basic Philosophy Semantics I: Sense and Reference II. Interpretation and Truth