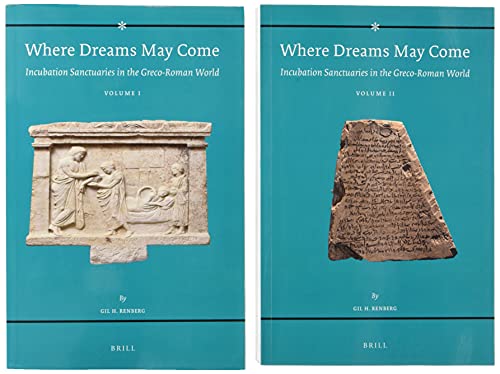 Where Dreams May Come (Volume 2) (Paperback)

Book Description Paperback. Condition: New. Language: English. Brand new Book. Where Dreams May Come was the winner of the 2018 Charles J. Goodwin Award of Merit, awarded by the Society for Classical Studies.In this book, Gil H. Renberg examines the ancient religious phenomenon of "incubation", the ritual of sleeping at a divinity's sanctuary in order to obtain a prophetic or therapeutic dream. Most prominently associated with the Panhellenic healing god Asklepios, incubation was also practiced at the cult sites of numerous other divinities throughout the Greek world, but it is first known from ancient Near Eastern sources and was established in Pharaonic Egypt by the time of the Macedonian conquest; later, Christian worship came to include similar practices. Renberg's exhaustive study represents the first attempt to collect and analyze the evidence for incubation from Sumerian to Byzantine and Merovingian times, thus making an important contribution to religious history.This set consists of two books. Seller Inventory # TNP9789004436688