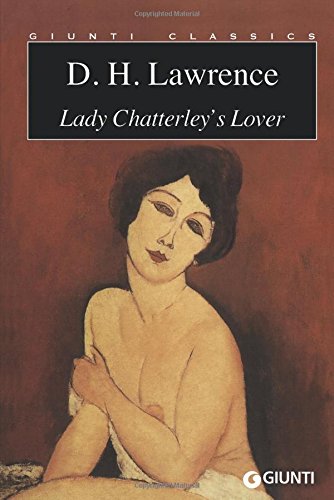 Lady Chatterley's Lover has been notorious since it was written. Banned for 30 years, it was published, unexpurgated, by Penguin Books in 1960. And immediately became the first novel charged under the newly written Obscene Publications Act. During the trial the prosecution seemed often to consider that it was Constance Chatterley's adultery that was on trial and not the book itself. Support was given to the literary qualities of the book by dozens of expert witnesses.

It was acquitted in a blaze of publicity and memorable quotes from the trial will live as long as the book. "Would you approve of your young sons, young daughters-because girls can read as well as boys- reading this book? Is it a book you would have lying around in your own house? Is it a book you would even wish your wife or your servants to read?" Mr. Griffith-Jones, Prosecuting Counsel.

"I've read a lot of pornographic and obscene boooks, and Lady Chatterley's Lover is not one of them" Mr. Norman St John-Stevas MP

"Lady Chatterley's Lover is full of sentences which are badly written. Lawrence had absolutely no sense of humour but I would still say this is a book of undoubted literary merit" Dame Rebecca West, Novelist

Hunt Emerson has reworked Lawrence's story, keeping all the plot and a lot of the dialogue, while adding the humour that was noticeably absent from the original.