Items related to THREE WAYS TO BE ALIEN (PB)

THREE WAYS TO BE ALIEN (PB) 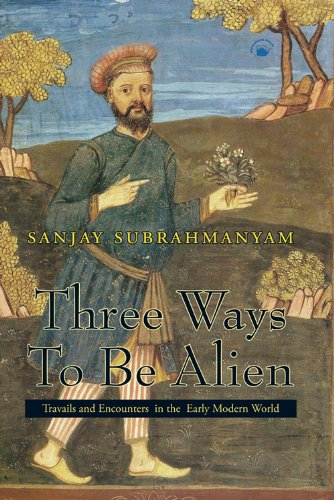 Three Ways to be Alien: Travails and Encounters in the Early Modern World

Book Description Soft cover. Condition: New. 1st Edition. This book looks at individual trajectories in an early modern global context. It draws on the lives and writings of a trio of marginal figures who were cast adrift from their traditional moorings into an unknown world. The subjects include a Persian prince of Bijapur in Central India held hostage by the Portuguese at Goa an English traveller and global schemer whose writings reveal a nimble understanding of realpolitik in the emerging world of the early seventeenth century an insightful Venetian chronicler of the Mughal Empire in the later seventeenth century who drifted between jobs with the Mughals and various foreign entrepots, observing all but remaining the eternal outsider In telling the fascinating story of floating identities in a changing world, Subrahmanyam injects humanity into global history and shows that biography still plays an important role in contemporary historiography. Seller Inventory # 126211