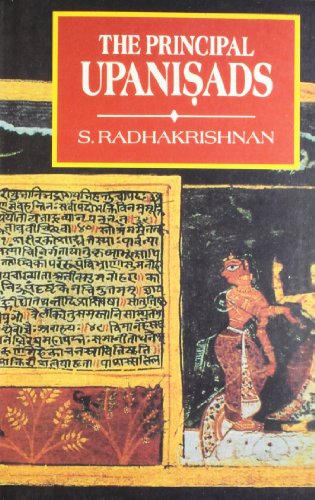 The Upanisads are ancient philosophical texts that form the basis of the Hindu religion. The Hindus believe that these ancient works reveal the truth of the ultimate reality, and the path to moksha , or salvation. There are more than 200 Upanishads.

Dr. Radhakrishnan wrote many books on Indian Philosophy to enlighten the people, especially the Westerners, on India s rich traditions and philosophy. The Principal Upanisads was first published by him in the year 1953. Here, he translates the meaning and the gist of the Upanisads in English, in order to make this knowledge easily accessible to the West.

In the preface to the book, Dr. Radhakrishnan points out the significance and the value of the Upanisads. Even if they seem insignificant or unimportant in the modern world, they still deserve to be studied as a memorial of India s past, and as the foundation of the lives and the beliefs of millions of people in the earlier ages. Dr. Radhakrishnan asks the readers not to judge these valuable philosophical texts based on modern standards, but to make an attempt to understand and appreciate them based on the values and the standards of the time when they were written, and were the most applicable.

To understand our traditions and to preserve our character and national being, Dr Radhakrishnan believes that it is essential to study and understand the Upanisads. The topics covered in the book include General Influence of the Upanisads, The Relation of the Upanisads to the Vedas, The Aranyakas and the Brahmanas, The Upanisads, Ultimate Reality: Atman Knowledge and Ignorance, Ethics, Karma and Rebirth, Religion, and The Individual Self.

This is followed by the Sanskrit Originals, and also the verse by verse commentaries and English translations of some of the main Upanisads. The book has 2 Appendices, which give the perspectives of Edmond Holmes and Rabindranath Tagore on the Upanisads.

Written by one of the most respected and influential Indian scholars, The Principal Upanisads, has been republished several times.

"Dr. Radhakrishnan is undoubtedly the greatest exponent of Hindu philosophy in the English language, and we should therefore be grateful for this edition of the Upanisads, authoritative and readable."

2. The Principal Upanishads: Edited with Introduction, Text, Translation and Notes (English, Sanskrit a