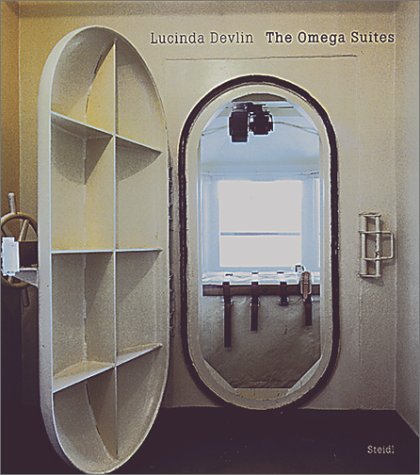 During the early nineties, Lucinda Devlin systematically took photographs of gas chambers, injection rooms, electric chairs and death cells in rural towns and cities in the United States. She entitled the series "Omega Suites" - alluding to the final letter of the Greek alphabet as a metaphor for the end and usually luxurious accommodations. Seemingly an examination of the death penalty, her austere, haunting images are actually metaphors that question the culture in America, where 70 percent of citizens support the death penalty. More than 3000 Americans have been sentenced to death and are in final holding cells, where they wait an average of 10 years before being executed. In Lucinda Devlin's photographs, the death cell represents aspects of American society and its accompanying mentality. One image shows an electric chair in the bright yellow color of American school buses which prison officers named "Yellow Mama". Wooden paneling and carpets lend an almost cozy atmosphere to the setting. Another electric chair placed in the center of a room represents the character of a throne amid emptiness and clinical sterility.

Elsewhere, the somber cross-like stretcher used for lethal injections suggests that executions are religious rituals, replete with a celebratory audience (seated on chairs opposite). Icy and compelling, the photographs present a clearly defined and hermetically sealed concept of the world which is characterized by taking extreme measures against the ominous - instead of attempting integration. They do so in a precise, exquisite and seductive way while intellectually repelling us.