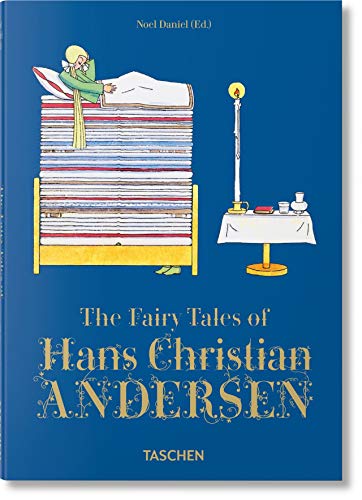 The Fairy Godfather A beautifully illustrated compendium of Andersen s fairy tales As treasured today as they will undoubtedly be for generations to come, Hans Christian Andersen s fairy tales are cornerstones of our collective consciousness as much as of the Western literary canon. From The Ugly Duckling to Thumbelina, The Little Mermaid to The Emperor s New Clothes, this beautifully-presented collection shares the eternal magic of these stories with a selection of 23 tales, each illustrated with sparkling vintage artwork from the 1840s to the 1980s. True to the international appeal of the stories, the featured artists hail from Austria, Britain, Japan, Ukraine, the United States, and beyond, and include such greats as Kay Nielsen, Arthur Rackham, Tom Seidmann-Freud (niece of Sigmund Freud), and the groundbreaking film animator Lotte Reiniger. The collection also features historic and contemporary silhouettes, as well as a presentation of Andersen s immense legacy, brief historical introductions to each fairy tale, and extended artists biographies. Meant for the whole family, this precious edition inspires and enchants as much as the mystical, magical worlds of Andersen s imagination. Featured tales include: The Princess and the Pea, The Nightingale, The Swineherd, The Little Mermaid, The Emperor s New Clothes, The Brave Tin Soldier, The Snow Queen, Thumbelina, The Sweethearts, The Ugly Duckling, Little Ida s Flowers, The Tinderbox, The Pen and Inkstand, and The Farmyard Cock and the Weathercock."

"Absolutely exquisite, a typical TASCHEN masterwork of visual craftsmanship and a timeless cultural treasure of storytelling."

TASCHEN editor Noel Daniel is a graduate of Princeton University and a former Fulbright Scholar to Berlin. She earned a master's degree in London and served as director of a photography art gallery before becoming a book editor. Her TASCHEN books to date include A Treasury of Wintertime Tales (2014), The Fairy Tales of Hans Christian Andersen (2013), The Fairy Tales of the Brothers Grimm (2011), Magic 1400s-1950s (2009), and The Circus 1870s-1950s (2008).