Items related to Memory: Luba Art and the Making of History

Memory: Luba Art and the Making of History

Memory: Luba Art and the Making of History 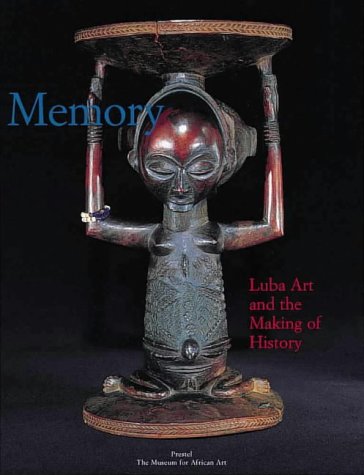 The Luba are one of the oldest recorded tribes in equatorial Africa. A Bantu-speaking people, they had already expanded their empire throughout central Africa by the 9th century AD. Much of this progress was probably due to their advanced skills in metalwork. The Luba had a wide network of kings governed by a central ruler who succeeded through the mother's line. Much more is known about the Luba than many of the other tribes on the African continent due to the way that they used intricate works of art called "lukasa" and other memory devices to record their history. The lukasa is a bead and shell-covered wooden "memory board" that embodies fundamental precepts about Luba kingship. This book recounts the history of the Luba and their culture to the present day and demonstrates the varying ways in which early Luban art is used to memorize the complex structure of sovereign rule within their empire. The book illustrates more than 100 important Luba works in museums and private collections around the world. These illustrations feature royal emblems, including thrones, sceptres and lukasa, dating from the 18th to the early 20th century and bearing patterns, figures and motifs which served, as they do now, as vehicles of historical thought and ideology for the Luba people. Photographs from the 1980s and early archival photographs from the turn of the century show the works in their contexts of royal investitures, divination rites, and secret association dances. Many of the works of art in this publication are accompanied by the narratives of contemporary Luban people, to show how the works help to illicit memory and how memory is a dynamic, creative process. A second level of interpretation is provided by the essays written by scholars in the fields of African cultural history who have worked among the Luba people and acknowledge the role of art as a vehicle for historical inquiry.

2. Memory: Luba Art and the Making of History (African Art)