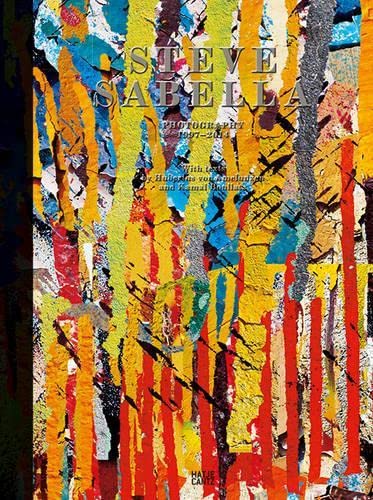 Since the early 1990s Steve Sabella (*1975 in Jerusalem) has consistently been creating cycles of work that comment on each other: Jerusalem in Exile (2006), Exit (2007), In Exile (2008), In Transition (2010), Euphoria (2010), Beyond Euphoria (2012), Metamorphosis (2012), and Independence (2013) comprise a signficant tableau of possible transitions and processes of dissolution between world and image, image and world. The book reads time and history out of the photographs and thus describes the genesis of Sabella’s photographic oeuvre under the aspects of exile, identity, migration, and the divided topologies of the 21st century. Sabella uses photography as the artistic language of existential exile. His relationship to the medium is powerful. “At the end which me am I in us?” asks the Palestinian poet Mahmoud Darwish. In this sense, Sabella researches the construction of identity.Exhibitions: Berloni Gallery, London, March 6–May 10, 2014 | FotoFest Biennale, Houston, March 15–April 27, 2014 | Bahrain National Museum April 13–August 15, 2014 | Meem Gallery, Dubai, October 2014 | Museum of Modern and Contemporary Art, Rijeka, Fall 2014 | Metroquadro Gallery, Turin, March 2015 Exhibitions: Contemporary Art Platform, Kuwait, September 21–October 21, 2014 | International Centre for Photography Scavi Scaligeri organized by Boxart Gallery, Verona, October 8–November 16, 2014 | Meem Gallery, Dubai, October 27-November 27, 2014