Items related to The Philosophy Behind Physics

Brody, Thomas A. The Philosophy Behind Physics

The Philosophy Behind Physics 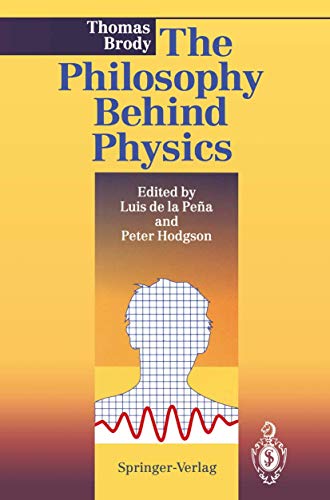 Thomas Brody had one of the most powerful and wide-ranging intellects of his generation. Although primarily a physicist who worked on statistical prob­ lems in nuclear physics, on probability theory and on computational physics he had an extensive knowledge of the philosophy of science and of philosophy, and was fluent in many languages. He is well-known among physicists for the Brody-Moshinsky transformation but his extensive work on probability and on the philosophy of science remained almost unknown. This was because the originality of his ideas entailed many lengthy battles with uncomprehending referees, and he frequently published in Mexican journals of limited circula­ tion. In addition, his strongly critical spirit inhibited his willingness to publish his ideas. He was always most concerned by the very unsatisfactory situation in the philosophy of physics, that is largely due to the generally poor knowledge that physicists and philosophers have of each other's disciplines. Philosophers of science write at length about physics without any detailed first-hand knowl­ edge of how research is actually carried out. Physicists, for their part, often implicitly assume naive or erroneous philosophical ideas, and this often hinders their scientific work, besides spreading further confusion if they try to give an account of what they are doing.

Thomas Brody (1922-1988) was born in Munich and studied in England and Switzerland. He worked as a chemical engineer in Italy and in Mexico and later concentrated on statistical problems in nuclear physics, probability theory, artificial intelligence, and simulation and computational methods. In his philosophical work, he desired to remove the barriers between physics and philosophy by discovering the philosophy implicit in the actual process of scientific research. He developed a theory of "active epistemic cycles" to explain how we come to know about things. This theory does justice to the richness and complexity of scientific research. Brody applied his ideas to a wide range of problems in the philosophy of physics, especially quantum mechanics, giving special attention to the Bell inequalities. The publication of his views was frequently blocked by the establishment, and his work has until now remained relatively unknown. In this thoughtful and wide-ranging book the author spells out many of the basic concepts of the philosophy of physics together with their consequences.

Emphasis is given to the experimental side of physics, the process of construction of theories and the elaboration of the ensemble concept of probability. Also treated are the philosophical problems of quantum theory, including causality, realism, quantum logic and the meaning of Bell's inequalities.