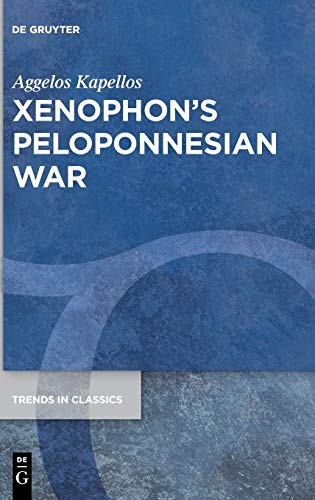 Book Description De Gruyter, Germany, 2019. Hardback. Condition: New. Language: English. Brand new Book. The advances in Xenophontic studies of the last generation have still not resulted in a definitive literary treatment of the Hellenica 1-2, so Xenophon's description of the Peloponnesian War deserves closer examination. This book aims to show that Xenophon has crafted his narrative in such a way as to reinforce the opinion of Thucydides, whose work he continued, that the development of the Peloponnesian War depended to a great extent on Persian money, but the factors that ultimately determined its outcome were the moral virtues and the skills of the military leaders of Athens and Sparta. Regarding Athens, Xenophon wants to show that despite Persia's support of Sparta, Athens lost the war because of its troubled relationship with Alcibiades; the moral disintegration of the Athenians who condemned illegally the Arginousai generals and the appointment of generals who were greatly inferior. Concerning Sparta, Xenophon leads his readers to believe that in spite of- not because of- the interference of Persia in the Peloponnesian War the moral and military qualities of Lysander and Callicratidas were what turned the course of the war either in favor of or against Sparta in each phase of the war. Seller Inventory # APC9783110660654