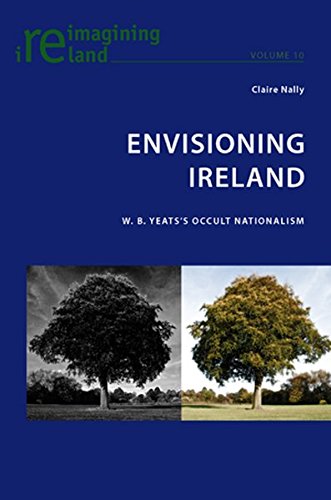 Although W. B. Yeats is one of the most over-theorised authors in the Irish canon, little attempt has been made to situate his occult works in the political context of early twentieth-century Ireland. By evaluating the two versions of 'A Vision', published in 1925 and 1937, this book provides a methodology for understanding the political and cultural impulses that informed Yeats's engagement with the otherworld. The author suggests that the Yeatsian occult operates very firmly within the political parameters of Irish nationalism, often as a critique of the new Free State, or as an alternative way of mythologising and inaugurating a new nation state. The occult, far from being free of all political considerations, registers the poet's shifting allegiances, from the Celticism of the 1890s to his disenchantment with modern Ireland in the Free State. Through close readings of Yeats's manuscripts and his primary and critical works, including a close assessment of the frequently neglected dramatic texts, the author seeks to force a rethinking of the critical reception of the Yeatsian occult through contemporary theoretical developments in postcolonialism, subjectivity, national identity and textual instability.

«Nally excavates, in fascinating detail, the politics of the Irish encounter with otherworldliness.» (Willy Maley, The Times Higher Education)

The Author: Claire Nally was awarded her Ph.D. by the University of Manchester in 2006. She is currently Research Associate on a project entitled `Consumer Culture, Advertising and Literature in Ireland, 1848-1921' at the University of Sunderland. The project, funded by the Leverhulme Trust, will result in a book (co-written with the project director, Professor John Strachan), to be published in 2012. She has published material in The Irish Studies Review, The Canadian Journal of Irish Studies, The Guardian and Textual Practice.

Book Description Peter Lang AG, Internationaler Verlag der Wissenschaften 2009-11-09, 2009. Paperback. Condition: Very Good. Item is in very good condition. If supplemental codes/CDs for textbooks are required please contact us prior to purchasing as they may be missing. Photos are stock pictures and not of the actual item. Seller Inventory # DS-303911882X-2