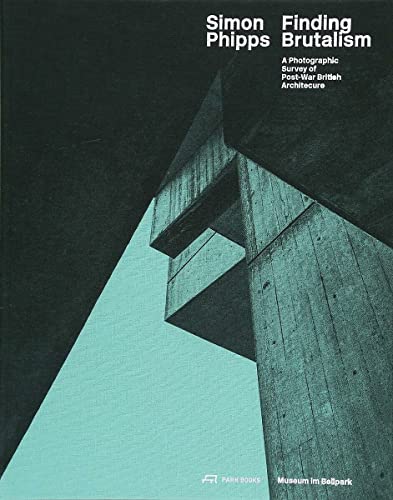 'Phipps lets a rich assortment of his black-and-white photographs do the talking . . . and is a master storyteller in this medium.' Architectural Record

For more than thirty years, British photographer Simon Phipps has been documenting the rebuilding of Britain after the Second World War through the work of architects. His archive documents Britain's post-war modernism and new brutalism in architecture and recognises the architects' enormous contribution to the transformation of the political and social landscape of the country in the aftermath of WWII. Significant building on a mass scale was realised and new building techniques were pioneered alongside innovative layouts, resulting in buildings of outstanding quality, displaying radical new forms. The construction ranged from public and private housing, to schools and universities, churches, museums, galleries, commercial and, ultimately, entire new towns.

This new book features some 80 of Simon Phipps's photographs of buildings in all parts of England completed between the 1950s until the 1980s. They create a confrontation of buildings and architectural fragments, evoking a distinct atmosphere of brutalism. An essay contextualises brutalism in architecture from a British perspective and considers Phipps' contribution to its reception. An illustrated catalogue of featured buildings provides full details of each item, making the book also a handy travel guide for architecture lovers and professionals.

"Phipps lets a rich assortment of his black-and-white photographs do the talking . . . and is a master storyteller in this medium." --Architectural Record

Hilar Stadler studied art history and is director of Museum im Bellpark in Kriens, near Lucerne, Switzerland. Andreas Hertach studied scenography at London's Central St. Martins College of Art and Design and lives and works in Switzerland as a freelance curator and exhibition designer.