Items related to Revising Cognitive and Evolutionary Science of Religion:...

Revising Cognitive and Evolutionary Science of Religion: Religion as an Adaptation: 8 (New Approaches to the Scientific Study of Religion, 8) 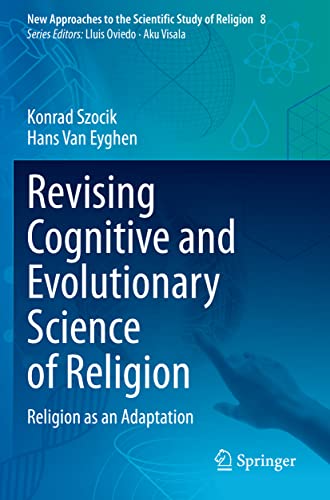 Revising Cognitive and Evolutionary Science of Religion : Religion as an Adaptation

Revising Cognitive and Evolutionary Science of Religion : Religion as an Adaptation

Book Description Taschenbuch. Condition: Neu. Druck auf Anfrage Neuware -This unique and pioneering book critically appraises current work from both the cognitive science of religion and the evolutionary study of religion. It addresses the question: Why does the believer possess supernatural or religious beliefs in the combined context of his cognitive biases, their adaptive usefulness measured in terms of survival and reproduction, and the impact of social learning and cultural traits The authors outlines a pluralistic approach to the study of religion that does not treat religion as an accidental by-product but an adaptation selected by natural selection. Chapters discuss the role of religious components for the evolution of cooperation and altruism, and explore the development of atheism and secular ideas, in cognitive and evolutionary terms. Topics such as the usefulness of religion, the transmission of religious beliefs, and a Darwinian approach to religion are among those addressed. Contrary to standard views, religious biases are regarded as shaped by cultural influences and not merely by natural dispositions. This monograph will particularly appeal to researchers who are looking for a scientific explanation of religion and religious beliefs but who do not stop at the level of narrow cognitive and evolutionary accounts. The work will also be of interest to students of philosophy, sociology, religious studies, theology, or anthropology who seek to explain such fascinating, complex, and unequivocal phenomena as religion and religious components. 132 pp. Englisch. Seller Inventory # 9783030635183