Items related to England and Rome in the Early Middle Ages: Pilgrimage,... 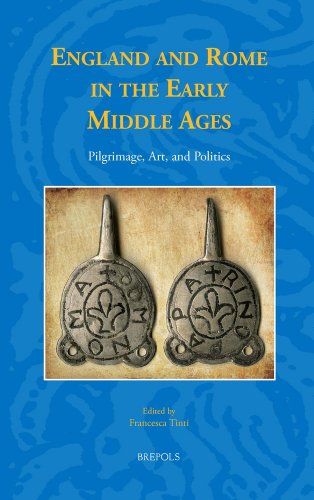 This volume explores the special connection that linked England and Rome between the seventh and the eleventh centuries, a topic which in spite of its relevance and attraction has never before been dealt with in a publication of this scale and depth. By bringing together scholars from different countries and disciplines and by relying on important recent archaeological findings that have led to a firmer knowledge of early medieval Rome, the volume provides a detailed and integrated investigation of the ways in which contacts between England and the Eternal City developed across the early Middle Ages. With special attention to major themes such as pilgrimage, artistic exchange, and ecclesiastical politics, the essays in this volume show the continuity of the Anglo-Saxons' relations with Rome as well as the ways in which, over time, these adapted to different circumstances. They also show that Anglo-Saxon England should not be thought of as just a passive recipient of influential cultural trends, but rather as an important player in the multi-faceted world of early medieval Europe in which Rome, by now the city of the popes, kept its centrality as a source of spiritual and political power.

..".this is a volume rich in detailed historical information and invaluable to anyone interested in the subject." --Charles B. McClendon, The Medieval Review, 15.08.54

1. England and Rome in the Early Middle Ages