Items related to Gods and Settlers: The Iconography of Norse Mythology...

Kopar, Lilla Gods and Settlers: The Iconography of Norse Mythology in Anglo-Scandinavian Sculpture (Studies in the Early Middle Ages)

Gods and Settlers: The Iconography of Norse Mythology in Anglo-Scandinavian Sculpture (Studies in the Early Middle Ages) 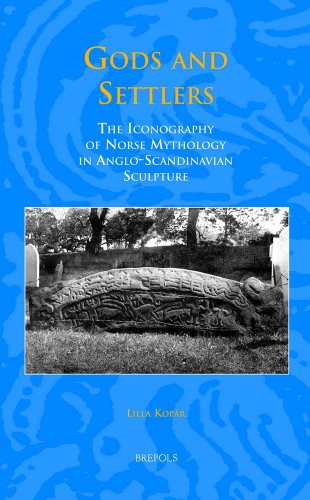 Stone sculpture constitutes the richest surviving corpus of Viking-Age artefacts from the British Isles. In northern England, the geographical focus of the present study, sculptural production in the Viking period increased dramatically compared to the previous centuries, and stone monuments underwent changes in style and iconography, as well as in function and patronage. Consequently, stone sculpture provides rare visual evidence for the cultural changes that took place in the Scandinavian settlement areas and bears witness to intellectual and social processes that have otherwise left few traces in either the textual or material records.Gods and Settlers is an interdisciplinary study that brings together iconography, literature, history, and religious studies to investigate a unique subset of this sculptural corpus: stone monuments with mythological and heroic iconography of Scandinavian origins. These carvings are particularly interesting because of the ecclesiastical roots of stone sculpture as a mode of artistic expression in England and the undoubtedly Christian context of the majority of the surviving monuments. The first half of the book is a detailed survey of the relevant carvings from northern England and a wide range of textual and visual parallels, together with an investigation of the sources and use of individual heroic and mythological characters and motifs. The second half focuses on the intellectual framework and social context of the artefacts, and presents a new view of these sculptures as cultural documents of the conversion of the Scandinavian settlers of northern England.

"Professor Kopar is warmly to be thanked for her thoughtful, thorough study of these Norse stone images in Christian England." -- Craig R. Davis, The Medieval Review