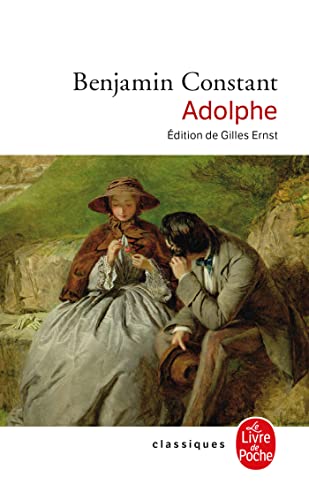 "I wanted them all, even those I'd already read."
--Ron Rosenbaum, "The New York Observer"

"I've always been haunted by Bartleby, the proto-slacker. But it's the handsomely minimalist cover of the Melville House edition that gets me here, one of many in the small publisher's fine 'Art of the Novella' series."
--"The New Yorker"

"The Art of the Novella series is sort of an anti-Kindle. What these singular, distinctive titles celebrate is book-ness. They're slim enough to be portable but showy enough to be conspicuously consumed--tiny little objects that demand to be loved for the commodities they are."
--KQED (NPR San Francisco)

"Some like it short, and if you're one of them, Melville House, an independent publisher based in Brooklyn, has a line of books for you... elegant-looking paperback editions ...a good read in a small package."
--"The Wall Street Journal"

Benjamin Constant (1767-1831) Margaret Mauldon has translated several French novels for OWC including Zola's L'Assommoir, Stendhal's The Charterhouse of Parma, and Huysmans, Against Nature, winner of the Scott-Moncrieff prize 1999. Patrick Coleman has edited Rousseau's Discourse on Inequality and Confessions for OWC.