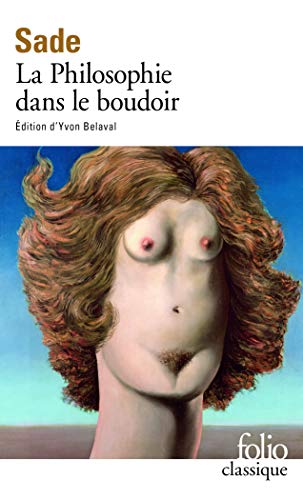 Donatien Alphonse Fran?ois, Marquis de Sade, was a French aristocrat and writer who was notorious for his immoral lifestyle, and whose name provided the basis for the modern terms sadism and sadist . Among de Sade s best known works are the erotic novels Justine, or Good Conduct Well Chastised, Juliette, or Vice Amply Rewarded, and The 120 Days of Sodom. Although an elected delegate to the National Convention during the French Revolution, de Sade was regularly incarcerated because of his lasciviousness, spending approximately 32 years in prison or in an insane asylum. He died in the asylum at Charenton in 1814. De Sade s life is depicted in the 2000 film Quills starting Geoffrey Rush, Kate Winslet and Joaquin Phoenix.