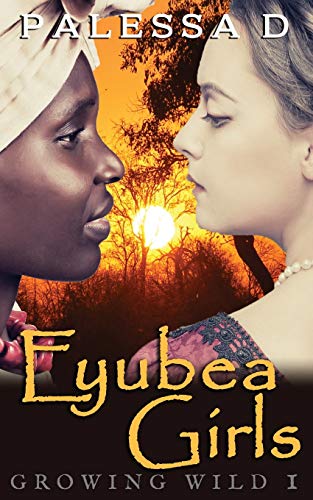 Book Description Independently Published, United States, 2018. Paperback. Condition: New. Jennifer Stevens (illustrator). Language: English. Brand new Book. Bartered into marriage, Lisbette Caldwell becomes the hero in her own life and the lives of 6 young women Lisbette locked the door and backed up until she was forced to sit on the bed. As long as she looked at the door, it wouldn't open. He wouldn't dare open it. If all she had were her two hands, she would use them to fight for her life. Eyubea wasn't Edamton or Shaffshire and she was no longer the innocent daughter of a school teacher. She was now the wife of Graham Tate-Fuller, a man who had a secret nature that revealed itself only when the distance between the two continents widened. But Lisbette was also the daughter of a school teacher who taught her to use her wits and fight for what she believed in. And that she would do for these Eyubea Girls, somehow, someway. First, she needed to protect herself from the darkness of a marriage she never wanted. She wasn't one who played the odds but she knew that if she survived the night, she would make it after all. Set in the early 1900's, during England's Edwardian era, Eyubea Girls is a story about a young woman's coming of age as she creates a life for herself in a land not her own despite treachery and lies. If you're familiar with the movie Out of Africa based on the book by Isak Dinesen, you're sure to enjoy Eyubea Girls. Seller Inventory # APC9781983365003