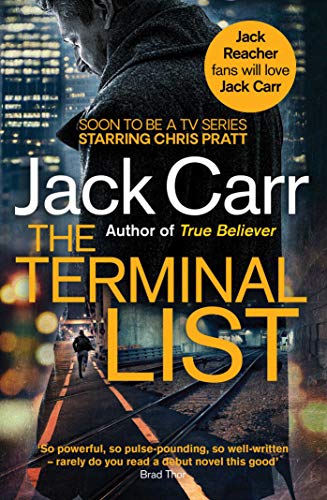 Book Description SIMON & SCHUSTER, United States, 2020. Paperback. Condition: New. UK Edition. Language: English. Brand new Book. **Soon to be a TV series starring Chris Pratt** 'Gritty, raw and brilliant!' Tom Marcus, bestselling author of Soldier SpyJames Reece has nothing to live for and everything to kill for in the debut thriller from former Navy SEAL Jack Carr, perfect for fans of Lee Child and David Baldacci. On deployment in Afghanistan, Lieutenant Commander James Reece's entire team is killed in a catastrophic ambush. But the deaths don't stop there, and Reece soon discovers that this was not an act of war by a foreign enemy but a conspiracy that runs to the highest levels of government. With nothing left to lose, Reece directs the lessons that he's learned in over a decade of constant warfare towards revenge, ruthlessly targeting his enemies without regard for the laws of combat or the rule of law . . .Praise for Jack Carr: 'This is seriously good . . . the suspense is unrelenting, and the tradecraft is so authentic the government will probably ban it - so read it while you can!' Lee Child 'So powerful, so pulse-pounding, so well-written - rarely do you read a debut novel this damn good' Brad Thor 'A powerful, thoughtful, realistic, at times terrifying thriller that I could not put down. A terrific addition to the genre, Jack Carr and his alter-ego protagonist, James Reece, continue to blow me away' Mark Greaney 'One of this year's hottest thrillers, and a perfect fit for fans of Vince Flynn, Brad Thor, and Daniel Silva' The Real Book Spy. Seller Inventory # AA89781982152895