Items related to Mike and Psmith 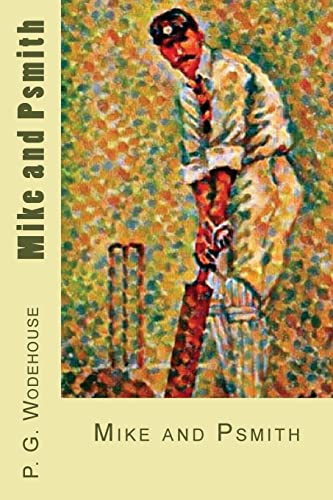 Mike is the youngest son of a renowned cricketing family. Mike's eldest brother Joe is a successful first-class player, while another brother, Bob, is on the verge of his school team. When Mike arrives at Wrykyn himself, his cricketing talent and love of adventure bring him success and trouble in equal measure. Due to take over as cricket captain at Wrykyn, Mike is withdrawn from the school by his father and sent to a lesser school, called Sedleigh. On arrival at Sedleigh, he meets the eccentric Rupert Psmith, another new arrival from the superior school of Eton. Becoming fast friends, the two eschew cricket and indulge in all manner of high-jinks and adventures.

Sir Pelham Grenville Wodehouse, KBE, was a comic writer who enjoyed enormous popular success during a career of more than seventy years and continues to be widely read over 30 years after his death. Despite the political and social upheavals that occurred during his life, much of which was spent in France and the United States, Wodehouse's main canvas remained that of prewar English upper-class society, reflecting his birth, education, and youthful writing career.

Released as a single volume in 1909, the first two of this trio follow the misadventures of young cricket ace Mike Jackson and his chum at school. Published a little later in Wodehouse's career (1928), Money for Nothing serves up a Romeo and Juliet-like tale of the romance between the offspring of two feuding buffoons. Typical Wodehouse British farces.
Copyright 1998 Reed Business Information, Inc.