Items related to Tempting the Beast 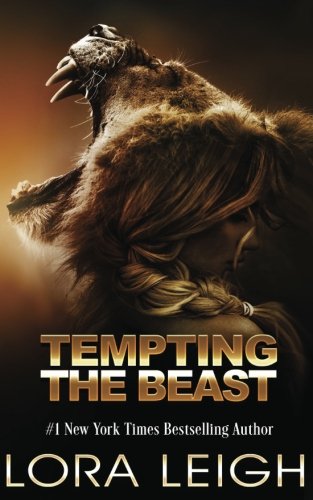 He’s a genetic experiment. The merging of human and lion DNA his creators call a Breed. And they have no idea just what kind of the creature they brought into being.

Callan Lyons wanted only to be left in peace to protect the small group of Breeds he rescued from a New Mexico lab, but those that created them refuse to stop their continued attempts to re-capture them. And the owner of a small, reputable paper, once a friend of his birth mother’s, now has proof of his existence. Proof that has caught his daughter, Merinus Tyler’s’s fascination and ensured her determination to find him. But once they touch, they’ll become far more than either ever imagined possible.

Man created them, but nature has made them her own. Beginning with Callan, she’ll show the world the folly of playing with the very building blocks of all she protects. And Merinus will learn the folly of tempting the beast...