Items related to The Scarlet Plague 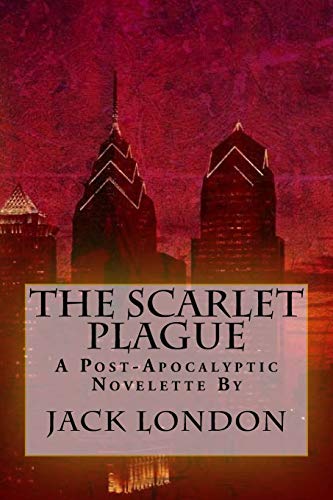 The Scarlet Plague is a post-apocalyptic science fiction work written by Jack London and published as a book in 1915. Edgar Allan Poe’s short story The Masque of the Red Death was the inspiration for London to write this novella.The Scarlet Plague takes place sixty years after an unstoppable epidemic that has depopulated the planet. The disease is known as red death, but is also referred to as scarlet plague or scarlet death. All happened in 2013, when a terrible disease came about, killing the victims within 30 minutes of first seeing symptoms. James Howard Smith is one of the few survivors in the San Francisco area. He travels with his two grandsons, who ask him to talk about the event that changed the world’s history. Smith, who was an English professor and the one witnessing the plague’s first victim, recounts the story of his life before the plague and during the terrible days when the epidemic was spreading around the world rapidly.