Items related to The Centurion's Son 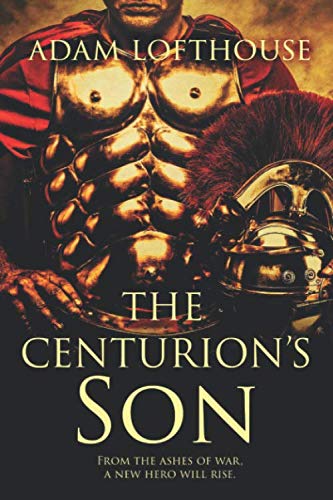 Albinus, the son of a revered Roman veteran Silus, has always longed to be a farmer, not a soldier, and live his days ploughing and reaping the harvests, with his bride-to-be, Licina. But Silus’ has darker ambitions, for Albinus to follow in his footsteps in the army.

But, as the conflicts between father and son come to a head, a growing threat comes down from the vengeful Germanic tribes to the north. Just as Albinus and Licina are about to marry, their settlement is raided by barbarians and Silus and his veteran comrades are brutally killed, while Licina is kidnapped by the raiders and taken to their king as a gift.

Believing her to be alive, Albinus sets out on a quest to find Licina, finally fulfilling his father’s wishes as training as a soldier, even as he is spurred to avenge his father’s death. As the barbarian hordes gather and plan major rebellion against the Romans, Albinus finds a new fighting spirit within him and grows in stature among the legionaries.

Licina meanwhile has a fight of her own, to escape from slavery and find Albinus. Time is running out, as the northern tribes head for Rome, decimating everything in their path...

With historically accurate details and including characters from legend, Adam Lofthouse’s novel recounts the brutal battles between the Romans and the Germanic tribes, while also telling the heart-wrenching coming-of-age narrative of one young soldier within the Roman camp.

Adam Lofthouse has for many years held a passion for the ancient world. As a teenager he picked up Gates of Rome by Conn Iggulden, and has been obsessed with all things Rome ever since. After ten years of immersing himself in stories of the Roman world, he decided to have a go at writing one for himself. The Centurion’s Son is Adam’s first novel. He lives in Kent, with his wife and three sons.