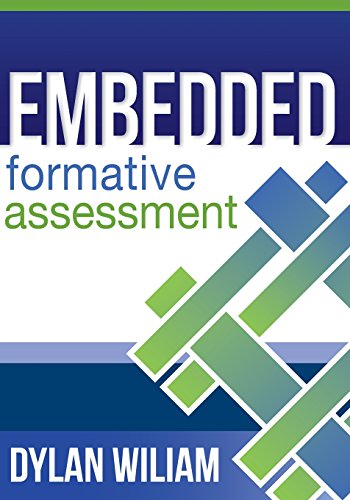 Dylan Wiliam, PhD, is a consultant who works with educators in the United Kingdom and North America to develop effective, research-based formative assessment practices. He is former deputy director of the Institute of Education at the University of London. From teaching in urban public schools to directing a large-scale testing program to serving in university administration, his professional path has led to a variety of positions at the forefront of education. Dr. Wiliam is also senior research director of the Learning and Teaching Research Center at the Educational Testing Service in Princeton, New Jersey. During his early years of teaching in private and inner-city classrooms, Dr. Wiliam focused on physics and mathematics. He later joined the faculty of Chelsea College, University of London, which later became part of King's College London. Here, he worked on developing innovative assessment schemes in mathematics before accepting leadership of the King's College Mathematics Education Program. For three years, Dr. Wiliam served as the academic coordinator of the Consortium for Assessment and Testing in Schools, which developed a variety of assessments for the national curriculum of England and Wales. He then returned to King's College to serve as Dean of the School of Education before being promoted as assistant principal of the university. He co-authored a major review of research evidence on formative assessment with Paul Black and has worked with many teachers in the United Kingdom and United States on developing formative assessment practices to support learning. In addition to a doctor of education, Dr. Wiliam holds numerous degrees in mathematics and mathematics education.