Items related to Granta 100: The Magazine of New Writing (Granta: The... 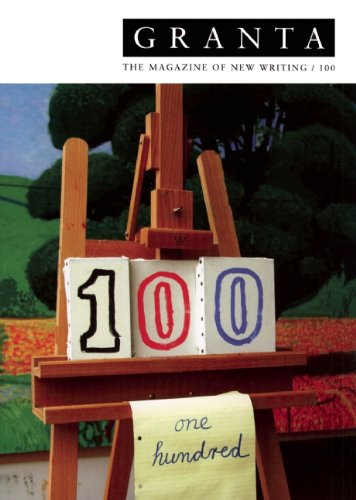 The 100th issue of Granta, guest edited by the acclaimed British novelist William Boyd, features original work by many of the writers who have helped to make it the most widely read literary magazine in the world. Contributors include Martin Amis, Julian Barnes, Ian McEwan, A. M. Homes, John le Carre, Doris Lessing, Jayne Anne Phillips, Harold Pinter, Nicholas Shakespeare, Helen Simpson, and Mario Vargas Llosa. The issue also includes new pieces by its former editors, Bill Buford and Ian Jack, an introduction by William Boyd, and original photographs of many of the writers by Bruce Frankel and Carolin Seeliger.

"From Amis and Barnes ... the literary stars come out for this bumper 100th issue of the ground-breaking magazine" -- Independent

"Granta is almost always an exciting and rewarding and illuminating thing to read ...Our world would be much the poorer without it" -- Observer, Simon Garfield

"If you want a quick fix of Britain's contemporary literary canon, here's where to get it"
-- London Paper

"The most influential and widely read [magazine devoted to new writing] over the past two-and-a-half decades" -- Sunday Herald, Alan Taylor

William Boyd was born in 1952 in Accra in Ghana. His novels include The Armadillo, Blue Afternoon, An Ice-cream War. His most recent publication was Restless (published by Bloomsbury). He was one of Granta's Best of Young British Novelists in 1983. He has also published a short-story collection, Fascination.

Book Description Paperback. Condition: New. Paperback. The 100th issue of Granta, guest edited by the acclaimed British novelist William Boyd, features original work by many of the writers who have helped to make it the most widely read litera.Shipping may be from multiple locations in the US or from the UK, depending on stock availability. 349 pages. 0.467. Seller Inventory # 9781929001309