Items related to The Life of Sir Basil Brooke: Bart, the First Viscount... 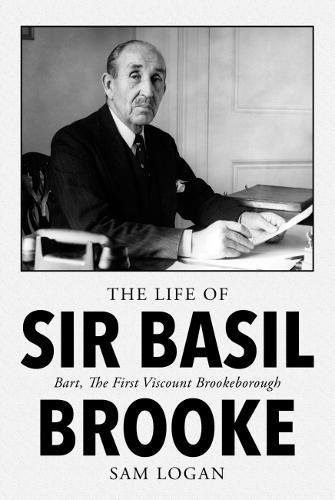 Dr Sam Logan currently lives in Portstewart, Northern Ireland, but has lived and worked as an academic and research fellow in many countries for most of his life. He previous two research books have been re-published in French, German and Spanish.

Book Description Book Guild Publishing Ltd, United Kingdom, 2018. Hardback. Condition: New. Language: English. Brand new Book. This book explores the fascinating life and career of Sir Basil Brooke. He was born into an English family that went to Ireland to keep order, and which sent off many officers to the British Army, including a VC and a CIGS. He studied in France, England and Sandhurst and was a junior officer at Ypres when the Kaiser's army sought to overrun them. His men, well dug in, fired so well the Boche thought they had a machine gun. Soon the General had him as his ADC, at the Dardanelles and with the Canadian Corps at Vimy Ridge. Sir Basil left the Army in 1919 and took his bride back to his estate. IRA activities had to be countered, and this led to his being County Commandant of the B Specials. He later moved into politics and entered Stormont in 1929, to join Lord Craigavon's Cabinet in 1933. Sam Logan has new ideas on interpreting the revelations Sir Basil made in the House in 1934 and 1943, once war was declared in 1939 he saw clearly what needed to be done. It was his actions that laid the basis for winning the Battle of the Atlantic and they earned Churchill's unstinted praise. However, in the War two of his three sons were killed in action. He became Prime Minister in 1943, but peace-time brought circumstances in which he was less comfortable. He was most uneasy about the Labour government in Whitehall, even though while under it Northern Ireland gained a much improved financial settlement and an unexpected constitutional pledge. Economics became the crucial arena, but to him it was like a closed book. After the 50s, electoral support leaked away but the government was still presuming that Ulster's old established industries would recover, which was highly unlikely. Seller Inventory # AAZ9781912362837

7. Life Of Sir Basil Brooke The