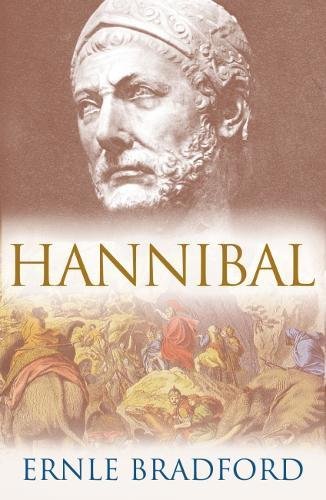 Ernle Bradford was born in 1922 and died in 1986. He was a noted British historian specializing in the Mediterranean world and naval topics. Bradford was an enthusiastic sailor himself and spent almost thirty years sailing the Mediterranean, where many of his books are set. He served in the Royal Navy during World War II, finishing as the first lieutenant of a destroyer. Bradford lived in Malta for a number of years. He did occasional broadcast work for the BBC, was a magazine editor, and wrote many books, including Hannibal, Paul the Traveller, Julius Caesar: The Pursuit of Power, Christopher Columbus, and The Mighty Hood.

Book Description Endeavour Media, 2017. PB. Condition: New. A terrific biography of the Carthaginian soldier who routed Rome during the Punic Wars, and explores his strategies and greatest triumphs. He will always be remembered for making his way over the Alps with 37 elephants to attack Italy where he destroyed Roman armies with almost contemptuous ease. Seller Inventory # 9781911445944