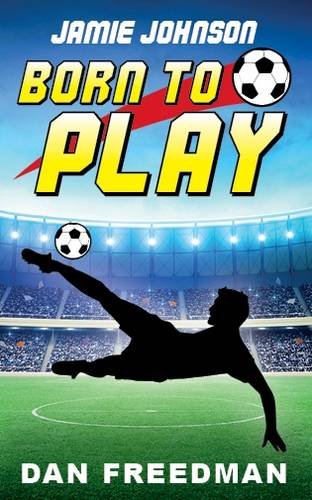 The Book That Inspired The Smash-Hit TV Series!

WITH THE BALL AT HIS FEET, JAMIE'S BRAIN WAS CLEAR AND FREE. PROGRAMMED TO PLAY. SET TO SCORE.

The bullies at school and big problems at home are threatening to destroy Jamie’s dream of becoming a top Premier League footballer. Jamie knows that the time has come to show everyone his true talent and prove, once and for all, that he was... Born to Play

Dan Freedman grew up wanting to be a professional footballer. That didn't happen. But he went on to become a top football journalist, personally interviewing the likes of Cristiano Ronaldo, Lionel Messi and David Beckham. He uses his passion and knowledge of football to write the hugely popular Jamie Johnson series of novels, all about one normal kid's dream of becoming one of the best players in the world. The much-loved books have recently been adapted for TV by the BBC. The first series aired on CBBC in 2016, with Season 2 currently in production. Dan is an ambassador for the Youth Sport Trust and works alongside The Premier League and The National Literacy Trust to encourage kids to get into reading and writing through their love of football. When not writing, Dan delivers talks and workshops for schools and he still plays football whenever he can. www.DanFreedman.co.uk @DanFreedman99