Items related to Near Future 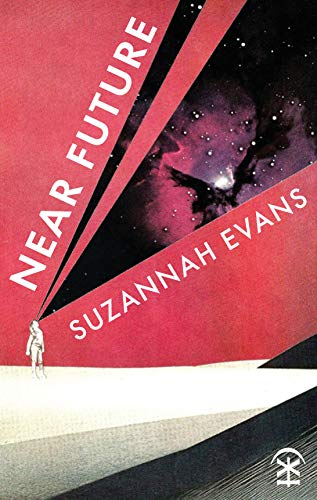 Suzannah Evans debut collection Near Future is doom-pop-poetry with an apocalyptic edge, a darkly humorous journey through sci-fi lullabies and northern mysteries. This is a future simulation stripped of the space-age gloss of progression - one where the robots have gone rogue and the hopes of a new millennium are malfunctioning; this is a skewed yet oddly familiar world gone uncannily wrong. These playful, sharp, poems are also about more than dystopias and five types of possible apocalypse - in looking at the worst-case scenarios, Evans comes closer to the bigger narrative; universal truths of change, whether man-made or natural, preventable of inevitable, and the uncertain business of human existence where 'there are disasters that you cannot prepare yourself for'. Evans brings a distinctive, skilful and wonderfully peculiar roving eye to our restless and unpredictable times.

Suzannah Evans lives in Sheffield and her pamphlet Confusion Species was a winner in the 2012 Poetry Business book and pamphlet competition, judged by Carol Ann Duffy. She has had poems published in The Rialto, The North, Magma and Poetry Review and her poem Helpline has been Poem of the Week on the Guardian website. She has been a Hawthornden fellow and was one of the 2015 Aldeburgh Eight. Suzannah works as a teacher of creative writing and a poetry editor. As a teenager she had an obsessive fear of the apocalypse which has informed and inspired many of her poems, and she still doesnt know whether its best to plan responsibly for the future or party like its 1999.

Book Description 2018. Paperback. Condition: New. Paperback. Doom-pop-poetry with an apocalyptic edge, Suzannah Evans' debut poetry collection is a witty, dark and sharp-witted journey through sci-fi lullabies and northern mysteries.Shipping may be from multiple locations in the US or from the UK, depending on stock availability. 72 pages. 0.116. Seller Inventory # 9781911027461