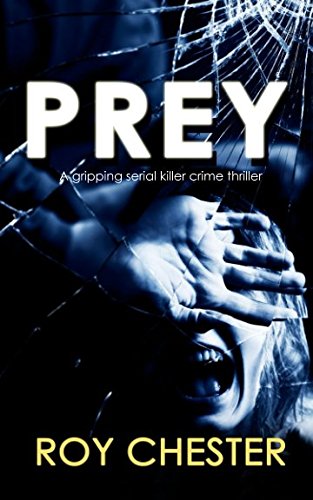 A GRIPPING THRILLER WITH AN EDGE-OF-YOUR-SEAT ENDING

Time to say your prayers . . . a psycho serial killer with a grudge is on the loose and now even criminal profiler Dr Hannah Nightingale is being hunted down.

A rabbi is found murdered. Someone has carved a religious symbol into his flesh and driven a lance through his heart. The way the killing is staged leaves criminal profiler Dr Hannah Nightingale certain that a fanatic is on the loose. More religious leaders are coming to Garton for a high-profile conference, so Nightingale and Detective David Mallory and DCI Gary Falcon face a nightmare situation. One by one, the devout will die in bizarre and disturbing ways. Is the killer on a mission to attack all faiths and to promote dark and devilish forces?

Can criminal profiler Dr Hannah Nightingale stop an evil serial killer who is brutally slaying religious leaders? What happens when the killer comes after her?

Three people come under suspicion: a vicar who is in crisis; a student who has suffered a miserable childhood at the hands of his fanatical father; and an embittered young actress. And is the killer part of a shadowy sect pursuing an object they believe is of immense power? You will enjoy weighing the evidence and seeing if you can beat the detectives to the solution of this complex case.

Criminal profiler Hannah Nightingale must race against time to uncover the real killer, and she will face danger that puts her own life at risk in a heart-stopping ending.

This is a fast-paced thriller that will have you turning the pages till the action-packed finale.

THE DETECTIVES: David Mallory is an old-school policeman who has made some powerful enemies within his own department. DCI Gary Falcon is an ambitious young man on the rise, but his father’s legal work for the city’s criminal does not play well with his fellow officers.

THE PROFILER: Dr Hannah Nightingale an up-and-coming forensic psychiatrist who is employed as a consultant profiler by the police. The Nightingale family are prominent in the Garton social scene and Hannah has to fight hard to be accepted by a sceptical police force.

THE SETTING: Garton is a fictional port city in the north of England. It’s faced years of industrial decline, but a strong community spirit and sense of humour give hope of revival. But there are still pockets of rundown inner-city criminality.

PREY is the third in a series of best-selling thrillers. Great for fans of Sarah Flint, Paul Finch. Kathy Reichs, Angela Marsons, and Patricia Cornwell.

Book Description Paperback. Condition: Good. The book has been read but remains in clean condition. All pages are intact and the cover is intact. Some minor wear to the spine. Seller Inventory # GOR009529885

Book Description Paperback. Condition: Very Good. The book has been read, but is in excellent condition. Pages are intact and not marred by notes or highlighting. The spine remains undamaged. Seller Inventory # GOR008157595