Items related to Notes From a Very Small Island

Notes From a Very Small Island 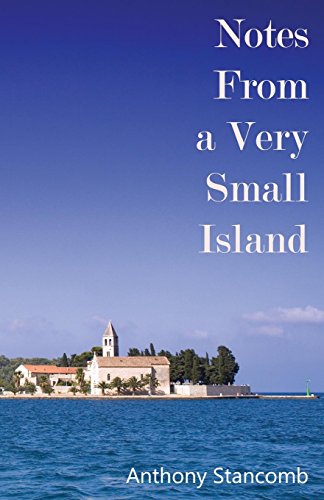 Reviews for Under a Croatian Sun:

‘To his credit Stancomb resists the stereotype of the closed-minded British expatriate.’ - Independent on Sunday - Pick of the paperbacks

‘This is not a tale of your usual English couple. This is such a fantastic read ... both humorous and thought provoking.’ - Travellingbookjunkie

‘The author presents this quirky little tale in an honest way, even when he is on the receiving end of a joke. You don’t need to make a break with your past to enjoy this book. It is a fascinating, humorous and totally believable read.’ - Robin’s Reviews

‘A good read. I enjoyed best the humorous bits.’ Tony Rossiter (author of It’s Only a Bloody Game)

Notes From a Very Small Island is the follow-up to the bestselling ‘Under a Croatian Sun’, which tells the story of a couple upping sticks and leaving their humdrum life in London for blue skies and café life on an island in Croatia.

In this second book, the couple continue their attempts to fit in with the village community, but it’s not always easy, and more often than not their endeavours involve them in in hilarious disasters.

They also now try to start some projects up, but they have to battle with maddening ex-communist authorities and highly suspicious locals. However, through this, they get to see the crippling legacies that communism and the recent war have left in the lives of their new neighbours.

Although largely a light hearted tale, the book is also a heartfelt insight into a community trying to adjust to being members of the EU and the ways of the Western World.

Anthony Stancomb worked in Film and Television for ten years before starting his own company promoting British artists to galleries abroad. But twenty years on, discovering the island of Vis, and realising that running a large business was not what he wanted to do for the rest of his life, he and his wife moved there.