Items related to The Cotswolds: A Cultural History, Revised edition 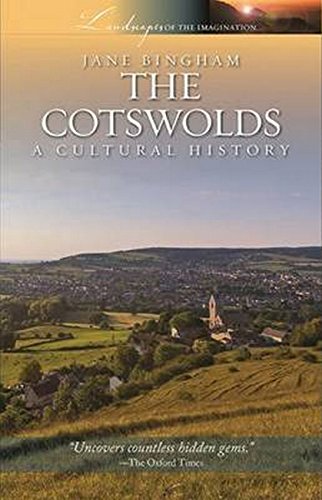 The Cotswolds have featured on a thousand country calendars, but what is the real story behind the picture-perfect rural scene? Jane Bingham reveals a history of privilege and poverty, idyll and conflict, through the eyes of travellers, writers and artists. Lying in the heart of Southern England, the Cotswolds occupy a significant place in the history of the nation. Ancient stone circles and ruined Roman villas provide reminders of a distant past. Fine churches and manor houses survive from the prosperous Middle Ages, and the landscape also bears the scars of Civil War. The home of kings and nobles since Saxon times, the region is famous for its grand estates, while signs of an industrial age can be seen in its mills and factories. After the wool trade reached its peak in the fifteenth century, the fortunes of the Cotswolds suffered a slow decline as its villages sank into picturesque decay. But in the 1890s the region began to experience a remarkable transformation. It was then that William Morris and his followers discovered the area, establishing thriving centres for Arts and Crafts. In the following century, writers and artists moved to the Cotswolds and there followed a steady rise in tourism. Today, the region continues to attract visitors, as well as country-weekenders and celebrities. Observing all these changes, and picturing the landscape, has been a lively company of writers, artists and musicians. Some, like Laurie Lee, belong to a particular place, while others have viewed the Cotswolds as outsiders. In their writings, art and music, they have all celebrated the distinctive, and sometimes surprising, character of the Cotswolds. FAMOUS FIGURES: Elizabeth I at Woodstock; Charles I at Edgehill; Marlborough and Churchill at Blenheim; The Mitford sisters at Swinbrook; Prince Charles at Highgrove; Damien Hirst at Toddington Manor. THE ARTS AND CRAFTS MOVEMENT: William Morris at Kelmscott and Broadway; C. R. Ashbee at Chipping Campden: Ernest Gimson and the Barnsley brothers at Sapperton. WRITERS AND MUSICIANS: William Shakespeare in the northern hills; Alexander Pope at Cirencester Park; Laurie Lee in the Slad Valley; T. S. Eliot at Burnt Norton; Ralph Vaughan Williams and A. E. Housman on Bredon Hill.

Jane Bingham writes on history and art. A prolific author of books for young people, she has also written on English heritage for the national and local press. She is a Royal Literary Fund Fellow at Oxford Brookes University.

Book Description Paperback. Condition: Very Good. The book has been read, but is in excellent condition. Pages are intact and not marred by notes or highlighting. The spine remains undamaged. Seller Inventory # GOR009614706